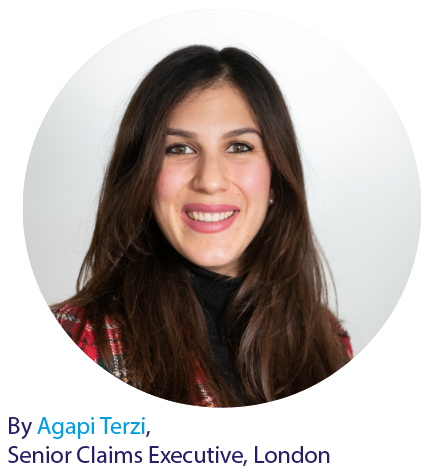 On 28 January 2021, the Court of Appeal issued the anticipated judgement on the Tai Prize [2021] EWCA Civ 87, dealing with the representations made in the bills of lading, with respect to the description of cargo.

The Tai Prize represents a significant decision, as it provides some answers to practical issues encountered by Masters at load ports when signing bills of lading. Masters may frequently find themselves under commercial pressure to sign the bill of lading “as presented”, “CLEAN ON BOARD” and “shipped in apparent good order and condition”. Sometimes such pressure exists on the basis that the charterparty requires the Master to sign bills of lading “as presented”. However, the judgement in the Tai Prize case highlights that it is ultimately the Master who must make the decision, after carrying out their own assessment.

As Lord Justice Males stated “what matters is what is reasonably apparent to the Master or other servants of the carrier. The bill of lading contains a representation by the Master and says nothing about what may be apparent to anyone else, such as the shipper, who may have other means of examining the cargo”.

Following completion of loading operations, a bill of lading (Congenbill form 1994) was issued. The bill of lading had been drafted by local shippers and presented to the Master for signature. It incorporated the Hague Rules. The representation “CLEAN ON BOARD” was at the front of the bill of lading which stated that the cargo was “SHIPPED” at the port of loading in apparent good order and condition on board the vessel… weight, measure, quality, quantity, condition, contents and value unknown.”

The cargo receivers in China successfully brought a claim for heat, caking and mould damage to the cargo and recovered over US$ 1 million from the owners. Head owners brought a claim against Noble under the Inter-Club Agreement incorporated in the time charterparty, and the latter contributed the amount of US$ 500,000.

Noble commenced arbitration against Priminds under the voyage charterparty to recover their contribution of US$ 500,000 to the cargo claim. Noble argued that the shipper, who in their opinion should be considered Priminds’ agent under the voyage charterparty, presented a clean bill of lading to the Master and therefore, were liable for the cargo damage. The arbitrator found for Noble on the following basis:

Following the above reasoning, the arbitrator held that, being in a position to ascertain the condition of the cargo (when the Master was not), shippers made an implied warranty that the statements in the draft bill of lading were true. The Charterers were thus in breach of this warranty as shippers were their agents and Noble was entitled to recover.

Priminds appealed to the Commercial Court where the Arbitration decision was overturned. The judge held that:

The decision highlights the view that only the Master has the responsibility for assessing the apparent order and condition of the cargo shipped on board his vessel. Where he is not able to ascertain the cargo condition by reasonable means, the representation “in apparent good order and condition” is not inaccurate but the Master should refrain from accepting such qualification.

The Commercial Court gave permission to appeal to the Court of Appeal.

If the Master finds themselves in such situation and they are concerned about the condition of the cargo at loading, they are encouraged to obtain assistance from their P&I Club or local P&I correspondent.