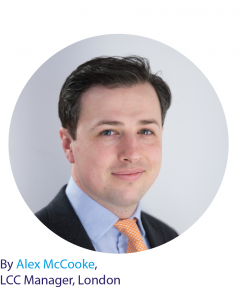 Many of the Club’s Members contract with sovereign states or state-owned entities. In doing so they may hear reference to the concept of ‘sovereign’ or ‘state immunity’, and fear that this could affect their ability to enforce their contractual rights. This article aims to demystify the subject of sovereign immunity for Members, explaining the basics of the concept under international and English Law.

What is ‘Sovereign Immunity’?

Sovereign Immunity is a longstanding legal doctrine whereby states are held to be immune from civil or criminal proceedings. In many countries, this was initially a complete exemption from liability for national governments. However, over time the general practice that has developed in international law is that:

How does it apply in the United Kingdom?

In the UK, the Monarchy and Government traditionally enjoyed wide immunity from suit. The Crown Proceedings Act 1947 altered this position, allowing most forms of civil claims and certain criminal actions to be brought against the state (i.e. Her Majesty’s Government)[1].

In regard to foreign states, the UK originally subscribed to the absolute immunity rule. This rule declared that all activities of a foreign state, including governmental, commercial and other non-governmental actions, attracted sovereign immunity. Other states outside of the UK developed a restrictive doctrine of immunity, whereby only governmental acts attracted immunity.

In 1972, many European countries signed the European Convention on State Immunity, which reflected a move to a restrictive form of sovereign immunity. The UK implemented its provisions through the State Immunity Act 1978. The immunity granted under the Act applies to sovereign states and any other entity when exercising sovereign authority on behalf of the sovereign state.

The exceptions to immunity under the 1978 Act

The State Immunity Act contains a general provision granting statutory immunity to sovereign governments and entities but then lists specific exceptions to that immunity. Section 1(1) provides – ’A State is immune from the jurisdiction of the courts of the United Kingdom except as provided in the following provisions of this Part of this Act.’

The two exceptions likely to be of most relevance to our Members are as follows:

Under Section 2 of the Act, states lose sovereign immunity if they submit themselves to the jurisdiction of the UK courts.[2] However, entering into a contract that contains English Law does not in itself count as submission. Even signing an immunity waiver clause does not necessarily withdraw the right of immunity in all cases, as such clauses are construed narrowly by the courts.

‘(a) Any contract for the supply of goods or services;

In general, a time charter agreement for use of a commercial vessel is likely to be considered a contract for the supply of services. Therefore, any state or state entity should not have immunity in UK courts for claims arising under such a contract. However, the courts tend to construe these exceptions from immunity narrowly, so if there are special circumstances present, that could alter the position.

In recent years, a case highlighting some of the issues surrounding sovereign immunity came before the High Court in London[5]. The claimants entered into an agreement with a state entity to produce gas in Kurdistan, Iraq. They commenced arbitration in England, after payments from the state entity were not forthcoming. They obtained an interim order from the tribunal, requiring the defendants to pay them USD$ 100 million within 30 days. Under the Arbitration Act, they then applied for a court order, demanding the defendants comply with the arbitral order. The state entity defended this application, arguing that oil and gas contracts are by their nature an exercise of ‘sovereign authority’ and should attract state immunity.

The High Court agreed that the contract constituted an exercise of sovereign authority, by awarding rights over oil and gas resources[6]. However, as the defendants were not a sovereign state but a state entity[7], they were only afforded immunity when exercising the sovereign authority of the state itself (i.e. Iraq). They were not afforded immunity when exercising their own authority as a regional government. After reviewing the Iraqi Constitution, the Court concluded that it was the regional government’s authority which was being exercised by the entry into this contract. Accordingly, the state entity was found not to have immunity from suit in the UK on this occasion.

Whilst the doctrine of sovereign immunity is not a thing of the past, its application has been greatly narrowed over the years in most countries.

In general, a Member wishing to bring a claim against a state or state entity will be required to do so in the courts of that state. However, if Members need or wish to bring proceedings against such a party in other countries, they can do so where their claim falls into one of that country’s exceptions from immunity.

In the UK, so long as a claim relates to a commercial transaction and not some act of sovereign authority (such as being granted a central government license to drill for oil), sovereign immunity should not apply.

[1] The monarch continues to be personally exempt from prosecution or civil suit.

[2] Joining proceedings for the sole purpose of claiming immunity or to assert property rights does not count as submitting to UK jurisdiction. Nor does making an appearance in proceedings in ignorance of your right of immunity.

[4] However, Argentina was ultimately held not to be able to rely on sovereign immunity for other reasons in that case.

[6] Referring to the 2006 Court of Appeal judgment in Svenska Petroleum Exploration AB v Government of the Republic of Lithuania and another [2006] EWCA Civ 1529.