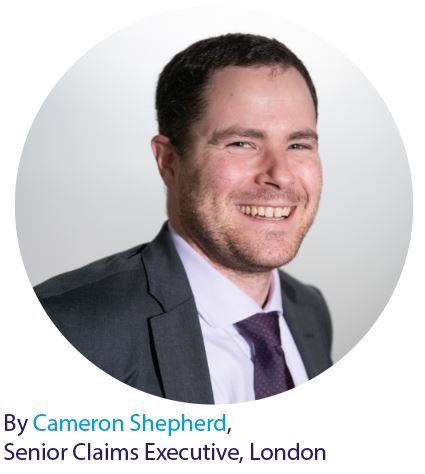 The issue as to whether demurrage is intended to form liquidated damages for all the consequences of a charterer’s failure to load or unload within the laytime, or only some of them, has in recent times caused disagreement.  In what will be seen as a welcome development by charterers, on 18 November 2021 the Court of Appeal of England and Wales delivered its judgment in K Line Pte Ltd v Priminds Shipping (HK) Co Limited[1], holding that demurrage liquidates the whole of the damages arising from a charterer’s breach in failing to complete cargo operations within the laytime “and not merely some of them”.

Accordingly, if owners wish to recover certain liabilities in addition to demurrage arising from delay, then they must prove breach of a separate obligation in the charterparty.  Proving mere failure by the charterer in loading or discharging beyond the stipulated laytime will not be enough.

Following on from our report of the first instance decision, we have provided an update on the latest judgment, which has implications on the availability of general damages in addition to demurrage arising from delay.

Facts and the first instance decision

K-Line (“Owners”) and Priminds (“Charterers”) had entered into a contract of affreightment for the carriage of bulk cargoes, subject to the terms and conditions of an amended Norgrain 1973 voyage charterparty form and included a demurrage clause which provided for demurrage at a maximum rate US$ 20,000 per day or pro rata.

For the voyage in question the M/V ETERNAL BLISS was nominated to carry a cargo of 70,133 mt of soybeans from Brazil to China. After notice of readiness was tendered, the vessel remained at anchorage for a further 31 days due to port congestion and limited shore storage availability. Upon discharge, the soybeans exhibited significant moulding and caking, leading to a claim by receivers, which was settled by the Owners for the sum of US$ 1.1 million (the “cargo claim liabilities”).

Both parties agreed to refer the matter to the English High Court, who found in favour of Owners, ruling that they were entitled to recover the cargo claim liabilities as unliquidated damages in addition to the demurrage of US$ 20,000 per day paid by Charterers for the period of delay. In the course of reaching his judgment, Mr Justice Andrew Baker overruled the decision reached in The Bonde[2], which was authority for the proposition that if Owners wanted to claim damages in addition to demurrage, they would have to demonstrate that Charterers had committed a separate and distinct breach of the charterparty.

The Court of Appeal’s decision

The Charterers appealed the High Court’s first instance decision. In their judgment, the Court of Appeal acknowledged that the issue was one that distinguished judges had often struggled with. Previous cases did not provide a definitive answer and there was no clear consensus in the leading legal textbooks.

Notwithstanding this, the Court of Appeal overturned the first instance decision reached in the High Court and concluded that “in the absence of any contrary indication in a particular charterparty, demurrage is intended to liquidate the whole of the damages arising from a charterer’s breach of charter in failing to complete cargo operations within the laytime and not merely some of them.”[3]  Accordingly if Owners wished to recover the cargo claim liabilities in addition to demurrage arising from delay then they must prove breach of a separate obligation in the charterparty.

The Court of Appeal provided several reasons for their decision, including:

a. Whilst it was possible for contracting parties to agree that a liquidated damages clause should liquidate only some of the damages arising from a particular breach, such a possibility struck the Court as an unusual and surprising agreement for commercial people to make which, if intended, ought to be clearly stated, as such an agreement would forfeit many of the benefits of a liquidated damages clause, which generally provides certainty and avoids dispute[4];

b. The cost of P&I cover is a standard expense which a shipowner has to bear. Such P&I cover protected the Owners against precisely the loss suffered in this case, namely the cargo claim liabilities. Conversely a typical charterer will not have insurance against liabilities for unliquidated damages resulting solely from a failure to complete cargo operations within the laytime, and the charterer had protected itself from further liability for such delay by stipulating for liquidated damages in the form of demurrage. Accordingly, a consequence of the High Court’s first instance decision was to transfer the risk of unliquidated liability for cargo claims from the P&I insured Owners to Charterers.  To the Court of Appeal such a transfer seemed to disturb the balance of risk inherent in the parties’ contract[5]

c. Whilst the Court of Appeal accepted that their judgement would not be met with universal approval in the market, allowing Charterers’ appeal would produce clarity and certainty. Ultimately, (as the Court of Appeal acknowledged) it is still open to individual parties or industry bodies to stipulate for different results by drafting clauses expressly stating that demurrage is only intended to cover certain categories of losses.

In this current period of increased port congestion and shore storage capacity issues, the Court of Appeal’s decision is timely in providing guidance on owners’ rights to claim damages beyond demurrage when there is delay in loading or unloading.

Whilst providing charterers with some welcome certainty, undoubtedly the ruling is a blow to shipowners (and their P&I Clubs) who may wish to advance recovery claims for cargo liabilities similar to the ones incurred by K Line in this matter.  As this case demonstrates, the success of such claims may very much turn on the construction of the charterparty.