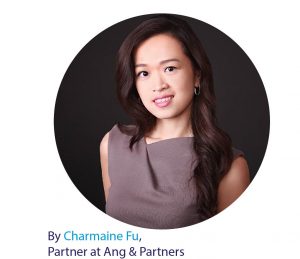 It has been more than ten years since the Ocean Victory grounded in heavy weather whilst leaving the port of Kashima in Japan. In May this year, the Supreme Court handed down its judgment, which affirmed the decision of the Court of Appeal, namely that the port was not unsafe and consequently there was no breach of the safe port warranty in the charter. We are grateful to Ang & Partners for their comments and analysis of the Supreme Court decision.

The Charterers ordered the vessel to discharge a shipment of iron ore at Kashima. However, due to a heavy storm at Kashima, the vessel grounded and eventually broke into two while trying to leave the port during the storm. As a result, the subrogated underwriters for the owners and demise charterers sued the Charterers for the loss of the vessel.

The UK Supreme Court (“UKSC”) was asked to decide on three issues:

1. Was there a breach of the safe port warranty by the Charterers in ordering the vessel to call at Kashmina?

The Ocean Victory had grounded on the breakwater while trying to leave Kashima during a storm, in which she encountered long swells and strong northerly gales.

It was not disputed by the parties that the test of what is considered an unsafe port, is to ask whether the relevant event was an abnormal occurrence. Per Sellers LJ in The Eastern City [1958] 2 Lloyd’s Rep 127, 131, states:

“A port will not be safe unless, in the relevant period of time, the particular ship can reach it, use it and return from it without, in the absence of some abnormal occurrence, being exposed to danger which cannot be avoided by good navigation and seamanship…”

The term abnormal occurrence, is to be held by its ordinary meaning, that being something that is out of the ordinary course and is unexpected. Abnormal occurrences are therefore those which the notional charterer or owner would not have considered or planned for.

2. Does the Brarecon 89 preculde owners’ rights of recourse against the demise charterers for the insured loss of a vessel?

Based on the facts presented to them the UKSC held that, assuming that the safe port warranty had been breached, the demise charterers could not bring an indemnity claim against the sub-time charterers for the total loss of the vessel as the demise charterers were not liable to the owners for such loss. This was on account of the contractual scheme in Barecon 89.

3. If there was a breach of the safe port warranty, can the charterers limit its liability for loss of the vessel and consequential losses arising out of the loss of the vessel, in respect of claims brought by the owners under the 1976 Limitation Convention?

If there was a breach of the safe port warranty, the charterers would not be entitled to limit their liability under the Convention. The UKSC upheld the decision of David Steel J, sitting in the Court of Appeal in The CMA Djakarta [2004] 1 Lloyd’s Rep 460, that the word property in Article 2 (1) (a) of the Convention must refer to the property of a third party either on board the vessel (e.g. cargo) or external to the vessel. The vessel (on which tonnage limitation is calculated) cannot both be the victim and the perpetrator.

Key takeaways from the case of Ocean Victory