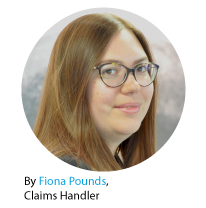 In the recent English High Court case of MV Arundel Castle1, the Judge ruled that a vessel, that could not immediately proceed to berth due to congestion and that was directed to anchor outside port limits by the port authority, was held not to be an arrived ship for the purposes of tendering Notice of Readiness (NOR).

Clause 15 of the fixture recap contained the following wording:

In addition, the Gencon 94 standard form was incorporated into the charter as follows:

“Otherwise Gencon 94 printed form charterparty with logical amendments on [basis] the terms as per fixture recap.”

Clause 6(c) of Gencon 94 includes the following under the sub-heading “Commencement of laytime (loading and discharging)”:

As explained, on arrival at the load port, a vessel was unable to proceed to berth due to congestion and anchored at a location directed by the port authority. At this point the vessel tendered NOR. A dispute arose, in respect of the owners’ subsequent demurrage claim, as to whether or not this NOR was valid and an arbitration was commenced.

The arbitrators held that the NOR was invalid as it had been tendered outside of port limits and therefore did not comply with the requirements of Clause 15, as detailed above. Port limits were identified by reference to the relevant Admiralty chart presented to the tribunal.

The owners’ appeal was dismissed. Applying The Joanna Oldendorff principle, the Judge held that the arbitrators were entitled to conclude that the vessel was not within port limits based on the Admiralty chart which had been presented to them. Places where vessels are ordered to wait for their turn to load, which are included in the definition of port provided by the Laytime Definitions for Charterparties 2013 (as submitted by Owners) as well as the Baltic Code 2014, can nevertheless fall to be outside port limits.

However, an additional argument submitted by the charterers that, for the sake of certainty, port limits should be conclusively defined by the geographical limits as shown by an Admiralty chart, was also dismissed. In this case, the owners had failed to prove that the vessel was within port limits where limited material had been provided to the arbitrators. The judgment left it open for a different conclusion to be reached based upon further material, even with regards to the same port.

This case serves as a reminder of the importance of tendering NOR which complies with the requirements of the charter. It is open to the parties to specifically provide for what they intend in terms of allocation of the risk of delay from congestion at the named port, as they did so here by express wording in the fixture recap.

The vessel must have arrived at the relevant place for the tender of NOR to be valid. Whereas a NOR simply tendered prematurely can subsequently become valid, i.e. where time restrictions apply, such as those providing for tender not before commencement of laydays or between certain hours. A NOR tendered prior to the vessel becoming an arrived ship cannot be perfected and will not become valid on arrival.

Owners therefore need to be mindful of the regime for tender of NOR provided for in the charter and if in doubt, seek advice on valid tender to avoid disputes.