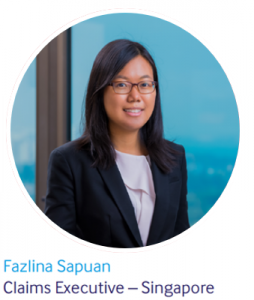 Singapore has recently implemented the 1996 Protocol to the Convention on Limitation of Liability for Maritime Claims 1976 (LLMC 1976).  As a result, with effect from 29 December 2019, Members can expect increased limits of liability for maritime claims.

The applicable limitation amount is typically calculated based on:

Following on from Malaysia’s adoption of the 1996 Protocol to the Convention on Limitation of Liability for Maritime Claims of 1976 (as amended in 2012 and effective from 2015) (1996 Protocol) in 2014, Singapore  became a comparatively more popular jurisdiction to anchor a shipowners’ defence following a collision or an allision, due to the lower applicable limits of the LLMC 1976.

Members are advised that separate limits apply to harbour craft and port limit passenger vessels (i.e. crafts that are licensed to carry 12 passengers). As of the date of this publication, the applicable limits of liability for vessels registered as harbour craft remain unchanged and would still be as per the declared or insured value of hull and machinery (whichever is higher). The is subject to a minimum of S$ 200,000 in any one marine incident, plus additional coverage of S$ 500 per ton for every ton or part thereof above 300 GT.

Different limits may also apply for registered Port Limit Passenger Vessels licensed to carry more than 12 passengers, Port Limit Tankers and Oil Barges (in cases where there has been potential or actual oil pollution resulting from the discharge or escape of oil).

While the increased limits put Singapore on a par with other signatories of the 1996 Protocol, Members now face significantly more financial exposure arising out of maritime incidents. Members can be reassured by the fact that the limitation regime remains practically unbreakable and that the right to limit is almost a certainty in most cases.

Please contact the Club for further information concerning the limits of liability for your vessels.