The Club would like to draw Members’ attention to an unfortunate incident that resulted in the death of a crew member after he fell from a height during cargo operations.

The incident occurred on a refrigerated general cargo vessel whilst it was loading a cargo of frozen fish from an ocean-going fishing vessel. The cargo transfer took place in open seas and utilised the vessel’s own crane. The operation involved eight crew members, six of which were stationed inside the cargo hold arranging the cargo whilst another was operating the crane. The final crew member was supervising the load. His responsibilities included acting as the signal man to the crane operator and co-ordinating the loading operation from a position close to the hatch coaming.

At approximately 2200hrs, the six crew members in the cargo hold heard a loud thud and discovered the supervisor lying on his stomach in the cargo hold with blood around his face. It is understood that he had lost his balance whilst on the hatch coaming and fell 12 metres into the cargo hold below. The crew member sustained severe injuries in the fall and was later pronounced dead. 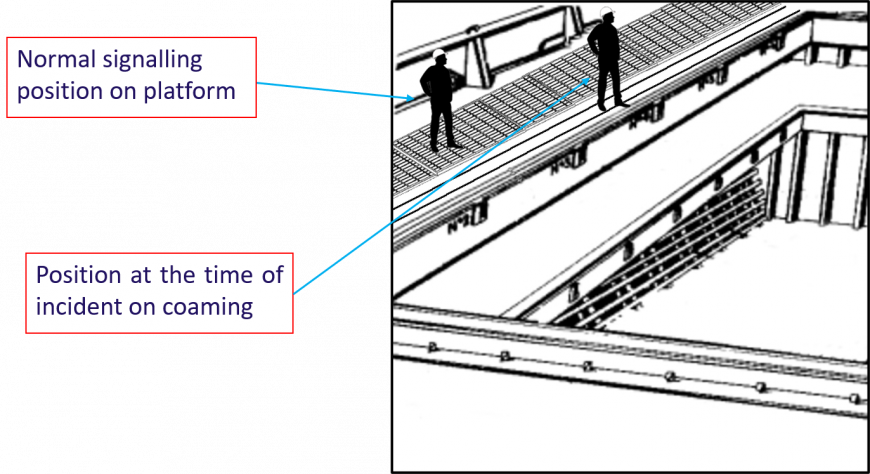 The Club hopes that lessons can be learnt from this case in order to prevent similar incidents from occurring in the future. With this in mind, we encourage Members to circulate this report widely amongst their fleets and shore side personnel.

In addition, we encourage Members to share their own experiences, including any best practices pictures, with the Club’s Loss Prevention team.