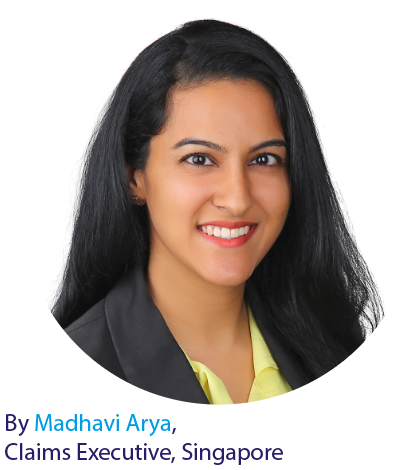 There is a common misconception that the matter ends once a judgment or award is obtained at the end of legal proceedings. In reality, the next crucial step of enforcement determines if that judgment or award will materialise into a monetary recovery. In this LCC update, we set out briefly how and whether an award or judgement from a foreign court or tribunal can be enforced in Singapore.

Enforcement can by denied if there was a breach of natural justice, if the judgment was fraudulently procured, or if the enforcement would be contrary to Singapore public policy.

Foreign judgments can also be registered in Singapore under either the Reciprocal Enforcement of Commonwealth Judgments Act (RECJA) or the Reciprocal Enforcement of Foreign Judgments Act (REFJA). The combined reach of both these Acts extend to 11 countries (United Kingdom, Australia, Hong Kong, New Zealand, Sri Lanka, Malaysia, Windward Islands, Pakistan, Brunei Darussalam, Papua New Guinea, and India). It should be noted that the REFJA (Amendment) Act has recently been passed, expanding the scope of the reciprocal recognition and enforcement of foreign judgments, as well as to streamline the statutory regime for the enforcement of foreign judgments into a single statute. The RECJA (Repeal) Act, which has also been passed, will provide for the repeal of the RECJA on a date to be stipulated and reciprocating countries currently recognised under the RECJA are expected to be transferred to the new regime.

Prior to the amendments, only final money judgements from superior courts were recognised under the REFJA. The REFJA (Amendment) Act has extended the scope to recognise and enforce non-money judgments, lower court judgments as well as interlocutory judgments (e.g. freezing orders). Enforcement can be contested if the foreign court acted without jurisdiction, where there is a pending appeal, or where the judgment can be shown to have been obtained by fraud.

The Choice of Agreements Act

Singapore ratified the Convention on Choice of Court Agreements, which came into force on 1 October 2016, with the passing of the Choice of Court Agreements Act (“CCA Act”). The CCA Act enables Singapore to give effect to the Hague Convention, which allows enforcement of foreign judgments from other convention countries, currently made up of the member states of the European Union and Mexico, in the same way as if it were a judgment of their own court. It applies in an international case where there is an “exclusive choice of court agreement” concluded in a “civil or commercial matter”.

The best path to take will ultimately depend on which jurisdiction issued the judgment. If the judgment falls under either the REFJA, RECJA or CCA Act, it can be registered relatively easily. If, however, the judgment falls outside these Acts, a common law action will be necessary, which is usually a longer and more costly route.

Finally, with respect to arbitration awards, Singapore is a signatory to the New York Convention on the Recognition and Enforcement of Foreign Arbitral Awards (“New York Convention”) and enforces awards from other states on the basis of reciprocity.  There are at least 150 states that are signatories to the New York Convention. The enforcement of arbitral awards is facilitated under the auspices of Singapore’s International Arbitration Act (IAA). Both domestic and international awards may, with the permission of the Singapore Court, be enforced in the same manner as a judgment or order of the court. Part III of the IAA provides that the party seeking permission to enforce a foreign award shall produce to the court originals or certified copies of the award and the arbitration agreement (with English translations if necessary). Section 31 of the IAA sets out the grounds on which a court may refuse permission to enforce a foreign award; on terms which mirror the provisions of Article V of the New York Convention. Generally, given Singapore’s policy of minimal curial intervention, the efforts to enforce a foreign arbitral award are unlikely to be thwarted, unless the respondent can satisfy that there are valid grounds. In this regard, there are limited grounds for a respondent to challenge the recognition/enforcement of an award under the IAA.