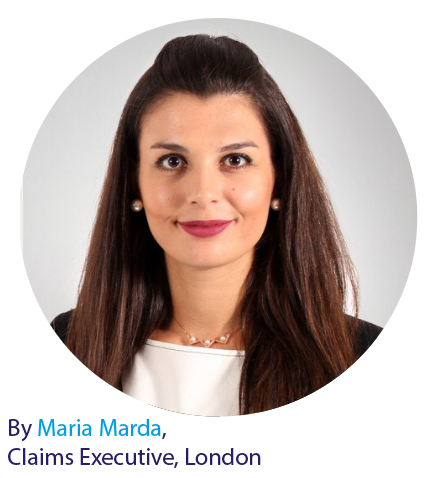 Some P&I Clubs and other liability insurers are occasionally being sued directly by third parties without prior action being taken against the liable assured. This right to sue the insurer directly derives from “direct action statutes” applying in certain jurisdictions. The question that arises is whether the choice of a London arbitration agreement within the insurance policy is enforceable and if so, whether an anti-suit injunction (“ASI”) can be granted to restrain the proceedings brought abroad.

The recent Commercial Court decision of QBE Europe SA/NV and QBE (UK) Ltd v Generali Espana De Seguros Y Reaseguros [1] is the first example in the post-Brexit era to affirm that English Courts can issue an ASI against direct action claims brought by third parties before the Courts of a European country, in breach of a London arbitration clause in the insurance policy. This is an significant decision, as the outcome would have been different in a pre-Brexit regime, as intra- EU ASIs are banned.

It is noteworthy that the Court followed a similar reasoning with The Yusuf Cepnioglu[2]– a pre-Brexit victory judgment for both the Shipowners’ Mutual Protection and Indemnity Association (Luxembourg) who won the case as well as any liability insurers facing foreign (non-EU) proceedings. More specifically, in The Yusuf Cepnioglu, the Court of Appeal held that the existence of a mandatory provision of foreign law applicable in the foreign court which overrides the contractual choice of jurisdiction is not a strong reason to refuse an ASI. This provided some certainty at the time that it would be easier to seek an ASI in support of the English law and arbitration clauses of the P&I contract to restrain proceedings brought in a Court outside of the EU.

On 3 July 2016, the motor yacht Angara owned by Red Eléctrica de España (“REE”) allegedly caused damage to an undersea power cable linking the islands of Mallorca and Menorca, leading to hydrocarbon pollution to the local area. The yacht was insured by QBE UK under a P&I policy which provided that any dispute arising under the policy should be governed by English law and be referred to arbitration in London.

The cable owners’ underwriters, Generali España (“Generali”), paid out the cable owner’s claim under the property damage and civil liability policy and in order to make a recovery, brought a subrogated claim on 23 February 2022 in the Spanish courts against QBE UK pursuant to Spanish direct-action legislation.

In particular, Generali’s position was that REE (and consequently Generali, by virtue of its rights of subrogation) had a direct claim of tortious nature against QBE UK according to Article 465 of the Spanish Maritime Navigation Act (“the MNA 2014”) and as a result the Spanish Courts had jurisdiction. QBE[3] on the other hand argued that the Spanish proceedings were brought in breach of the London arbitration clause contained in the P&I policy and applied to the Commercial Court for an ASI.

Progressing from the pre-Brexit regime under which an intra-EU ASI was not possible, the Commercial Court found in favour of QBE and was satisfied that it was appropriate to grant the ASI to restrain the Spanish direct action proceedings, thus giving effect to the contractual choice of forum clause, as analysed below.

The proper “characterisation” of Generali’s claim in the Spanish Proceedings: A right of tortious or contractual nature?

The Commercial Court referred to The Yusuf Cepnioglu where the Court of Appeal set the “characterization” test to determine whether a Club should defend claims in a foreign jurisdiction or seek an ASI to restrain foreign proceedings brought in breach of the choice of law/ jurisdiction clause applicable to the Club rules. According to the “characterization” test, if the foreign law granted an independent right to the third party, then the claim should be governed by foreign law. In the alternative, if the foreign law only allowed the third party to step into the assured’s shoes and thus enforce the assured’s contractual rights against the Club, then the claim should be in essence “contractual” and English law and London Arbitration should apply. On the basis that the claim was “contractual”, the Court would at a second stage consider whether an ASI should be granted to prevent the third party from continuing the foreign proceedings[5].

Applying the above test, the Court was convinced that QBE had proved to a high level of probability that “the claims advanced by Generali in the Spanish Proceedings are, in substance, contractual in nature” [6]. In particular, the Court was satisfied that:

The Court held that even though the claim did not involve contracting parties, it was quasi-contractual considering that that relief was sought against a third party relying upon rights derived from the assured’s policy. In this “derived rights” context, an application for ASI relief will be approached by reference to the same principles as the ones applicable in a wholly contractual context[7]. As set out in The Yusuf Cepnioglu if the third-party victim wanted to take the benefits of the insurance contract via a direct action, they should also take the burdens and accept that the statute provides the right to enforce a contract inclusive of the obligation to arbitrate in London. In light of the above, the Court held that the right is conditioned by the London arbitration clause in the policy and that the Spanish proceedings had been brought in breach of that clause “such that an ASI based on so-called “quasi-contractual” grounds is, in principle appropriate”[8].

A further point of interest is that the Court also granted a “non-contractual” ASI on a quia timet basis[9] in favour of QBE Europe, as it was convinced that Generali would shortly seek to start proceedings against QBE Europe (once the transfer of liabilities under the policy from QBE UK to QBE Europe was certain)

Has Generali shown a strong reason for refusing the ASI relief?

The Court was not satisfied that Generali raised “strong reasons” for refusing the ASI. More specifically, the Court rejected Generali’s argument that the wording of the London arbitration agreement was narrow, thus meaning that it only restrictively referred to disputes between the insurer and the assured who allegedly did not intend that it applied to third parties. Further, the arguments supporting that the policy explicitly excluded any third party rights under the Third Parties Act 1999 were also rejected.

On balance, the Court was not convinced that it would not be just and convenient to grant the ASI. The Court followed The Yusuf Cepnioglu and confirmed that comity considerations did not constitute strong reasons not to give effect to the contractual choice of forum clause and not to grant the ASI.

This is a very favourable judgment for liability insurers in the context of multi-jurisdictional insurance disputes in the post-Brexit era. P&I insurers are now provided with some welcome certainty that English Courts may enforce the contractual choice of forum clauses and grant an ASI when third parties pursue their claims in the courts of an EU country, in an attempt to enforce the P&I policy by means of relying on the statutes of that particular country, instead of the terms of the policy.

[3] On 1 November 2020, QBE Europe replaced QBE UK and took over the relevant rights and obligations under the policy. Therefore, even though the Spanish proceedings had been only brought against QBE UK, the application to grant an ASI was filed by both QBE UK and QBE Europe (together “QBE”).

[5] In the Yusuf Cepnioglu the Court of Appeal granted the ASI and relied on the principles set in The Jay Bola [1997]2 Lloyd’s Rep 279 1 All ER Comm(715) which confirmed the insurer’s contractual right to have all disputes -including the ones relying on derived rights- resolved according to the law and arbitration clause of the base contract, as equity would so require.