The Shipowners’ Club > LCC > Milly Brooks: What can Owners claim against a voyage Charterer who exceeds the permitted laytime?
View pdf   Download pdf 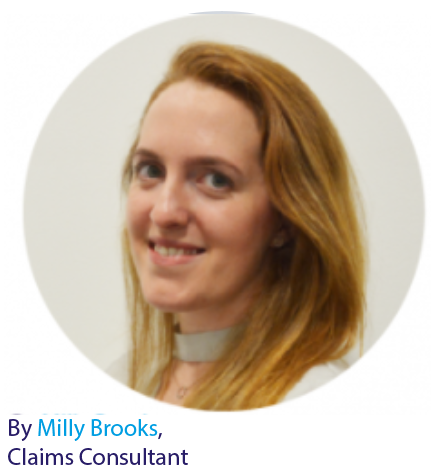 A 2019 case in the English High Court established that Owners will no longer need to illustrate a separate breach of a charterparty to claim losses in addition to demurrage, provided that those losses are not damages for detention. This article looks at the judgment in K Line Pte Ltd v Priminds Shipping (HK) Co Ltd (The Eternal Bliss) [2020] EWHC 2373 and the potential impact it has on Members. If, as the result of Charterers exceeding laytime, Owners suffer additional losses over and above the inability to earn freight, Owners are within their rights to claim those additional losses without having to establish any additional breach by Charterers.

K-Line (the Claimant) and Priminds (the Defendant) entered into a Contract of Affreightment (COA) on the basis of the Norgrain form 1974. For the voyage in question, the Owners nominated the M/V Eternal Bliss to carry soybeans from Brazil to China. After Notice of Readiness (NOR) was tendered, the vessel remained at anchorage for a further 31 days due to port congestion and limited shore storage availability. When the cargo was eventually discharged, the cargo was noted as damaged due to moulding and caking. The cargo claim itself was settled amicably through subrogated insurers. The Owners then commenced arbitration proceedings against Priminds arguing that in addition to demurrage, Owners were also entitled to additional damages for losses suffered due to the resulting cargo claim, in this case, their liability to cargo interests following deterioration of the cargo.

Previously, the case of The Bonde [1991] 1 Lloyd’s Rep 136 was authority for the proposition that if Owners wanted to claim damages in addition to demurrage, they would have to illustrate that Charterers had committed a separate and distinct breach of the charterparty. Justice Baker overruled that decision, finding that an Owner can claim losses in addition to demurrage without having to establish a separate breach of the charterparty. All that is necessary is that the loss being sought is of a different kind to that which demurrage is designed to compensate.

What does this mean for Members?

Subject to the terms of the charterparty, this could include any type of loss arising from the vessel’s prolonged stay in port. Owners should be aware that Charterers may wish to exclude the effect of the decision in the Eternal Bliss by stating that it is agreed between the parties that demurrage compensates Owners for all losses arising out of a breach of the laytime provisions, whatever their nature. If agreed beforehand, in most circumstances this would revert Owners’ position back to the default position under the case of The Bonde.