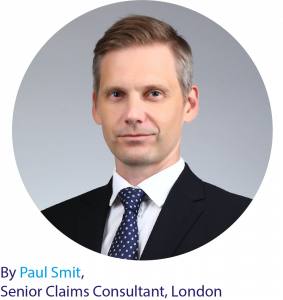 Traditionally, anyone seeking to rely on a Force Majeure clause in their contract, would have to show that they exercised all reasonable endeavours to overcome the Force Majeure situation.

It has now been decided that whilst a party has to reasonably endeavour to overcome and/or mitigate a Force Majeure event, they are required to do so within the sphere and boundaries set by the contract. This is the outcome to a dispute under recent appeal to the English Commercial Court in MUR Shipping BV v RTI Ltd [2022] EWHC 467 (Comm).

The dispute arose out of a Contract of Affreightment (COA) concluded in 2016 between the relevant shipowners and their charterers for the carriage of bauxite between Guinea and Ukraine. Payment of freight due under the COA was to be made by the charterers in US Dollars. However in 2018, as a result of US OFAC sanctions imposed on the parent company of the charterers, the shipowners invoked the contract’s Force Majeure clause, which defined such an event as follows:

“36.3 A Force Majeure Event is an event or state of affairs which meets all the following criteria:

The shipowners’ position was that as a result of the sanctions imposed, amongst other things, US Dollar freight payments as an express term of the COA would be delayed or prevented, with continued performance under the COA in this regard ultimately constituting a breach of US sanctions. Coupled with the Force Majeure provisions of the contract this, they concluded, relieved them of their obligations under the COA.

The charterers commenced a claim before an arbitration tribunal in the first instance for their costs in securing alternative freight, disputed the triggering of the Force Majeure clause. They maintained that, in offering the shipowners the option to receive payment of freight in EUR, a realistic and reasonable alternative had been presented in order to overcome the Force Majeure event.

The tribunal supported charterers in this respect, finding that whilst the severe effects of US sanctions do indeed discourage trading with sanctioned entities, the shipowners had not used reasonable endeavours to overcome the relevant event. Acceptance of the charterers’ offer of payment in a non-contractual currency would in contrast have constituted reasonable endeavours and avoided the Force Majeure event.

Subsequently the shipowners appealed the award to the Commercial Court on the basis that the COA specified payment in US Dollars and no other currency, and thus the contractual agreement – and their reasonable endeavours to avoid a Force Majeure event – did not extend to accepting payment in another currency.

The Commercial Court, in overturning the award and finding in favour of the shipowners’ appeal, said that contractual obligations are paramount in determining the question of reasonableness – in this case, the obligation to pay in a particular currency was a key aspect of the contract. The shipowners were not obliged to agree a variation in this contractual term, nor accept non-contractual performance by the charterers (in other words, payment in EUR), even in light of the “reasonable endeavours” requirement of the Force Majeure clause. The concept of reasonable endeavours, in short, has to be looked at within the confines of what the parties had contractually agreed between them. Parties affected by a Force Majeure event are not expected to accept non-contractual performance, even if declining this precludes the continuation of the contract.

Whilst the decision is currently under further appeal, the crisis in Ukraine has once again brought supply chain and sanctions issues to the fore, and in this regard the judgment offers timely insight into the interpretation – and indeed extent – of “reasonable endeavours” when held up to the light of a Force Majeure clause.

The Club has a dedicated Ukraine and Russia conflict webpage which you can visit here.