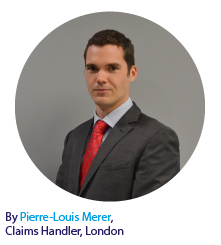 French law is currently being reshaped in a modernisation project designed to increase legal certainty and efficiency. Hopefully this will pay dividends for Members operating in the country, in terms of more certainty over their liabilities and, in time, lower overall claims costs. France is a civil law system, meaning its core principles are codified and do not come from court judgments. Reforming the civil codes is therefore necessary to keep the law up to date with the expectations of people and businesses present in the jurisdiction.

The legal regime on obligations and liabilities in the French Civil Code has remained mostly untouched since its introduction by Napoleon in 1804. It is now being redrafted. The Parliament recently agreed a first revision to French contract law. Now a project to reform it further, together with tort law, is being discussed. If the proposal submitted by the Ministry of Justice is ratified, the duty to mitigate will make its first ever appearance in the French Civil Code.

The duty to mitigate is a pillar of common law[1]. It is also present in many civil jurisdictions such as the Netherlands, Switzerland, Germany, Italy, Portugal and Québec, and it is even incorporated in the Vienna Convention on the International Sale of Goods. Under this principle, a party that suffers some form of injury or loss has an obligation to minimise it by taking reasonable steps.

French courts do not currently recognise a duty to mitigate as it is absent from the Civil Code[2]. This creates a discrepancy between France and its neighbours when measuring the damages due to the aggrieved party. However times are changing and a duty to mitigate is likely to be introduced in French law in the near future.

The current absence of a duty to mitigate in French law

French law has a reputation for favouring the claimant. This is notably illustrated by the Court of Cassation’s (the French Supreme Court) refusal to impose on the claimant a duty to mitigate its loss. Most such decisions were issued under article 1382 of the Civil Code, the heart of French tort law (now article 1240) and concerned personal injury. The Court of Cassation held that “the person responsible has the duty to offer compensation for all the losses resulting from the accident; a victim does not have to mitigate its loss in the interests of the tortfeasor”[3]. For example, it was held that a chef who had suffered a car accident, and who could no longer work as a cook, did not have an obligation to accept a different job. Instead, the defendant had to compensate the claimant’s loss of income with no account being made for the income he could have received from another job[4].

In subsequent cases, the refusal to impose a duty to mitigate on the claimant was extended to contract law. The Court of Cassation issued similar decisions under article 1147 of the Civil Code which contained the principle of contractual liability in French law (now article 1231-1). For instance, in a case where a contractor performed negligent building work, the Court of Cassation held him liable for all the defects ascertained at the time of the decision, even though the client did not take any action to prevent further defects[5]. This case law might come as an unwelcome surprise for practitioners familiar with litigation under common law[6], possibly making French law less attractive in international disputes.

Many authors and lawyers in France regretted the hard stance taken by the French Courts and repeatedly encouraged the Court of Cassation to adopt a different approach. They argued that, at least with contracts, an obligation to mitigate losses could result from either the duty of good faith existing between contracting parties under article 1134 of the French Civil Code (now article 1104)[7], or the measure of damages stated in article 1151 (now 1231-2 and foll.).

Maritime arbitrators in France notably shared this view[8], and some decisions of the Court of Cassation took into account the failure of a claimant contracting party to take action when calculating damages[9]. However, the most recent position held that a claimant bears no such obligation in tort and generally not in contract either[10]. Reform of the Civil Code is therefore necessary to achieve real progress in this area and avoid any doubt.

The proposed introduction of a duty to mitigate into French law

French official bodies took into account the concern shared by practitioners and commentators. The Senate as well as the Ministry of Justice found it necessary to redraft the current Liability Regime[11]. A Project of Reform presented by the Ministry of Justice on 13 March 2017[12] is expected to be debated before the Parliament during the current legislative term. The current draft contains the long-awaited duty to mitigate under article 1263, stating:

“With the exception of personal injury cases, damages are reduced when the victim did not take reasonable and safe measures, notably in regard of its contributory faculties, to avoid the aggravation of its loss.”

The introduction of this article in the French Civil Code is welcome but it is important to note that its application is limited in two ways[13]. Firstly, it expressly excludes cases relating to personal injury. Therefore, if an injured stevedore refused to undergo an operation which would have stopped his medical condition getting worse, Members liability would not be able to be reduced accordingly[14]. This would also mean Members being liable for a personal injury claimant who has suffered an economic loss which could have been avoided by taking alternative employment[15].

Secondly, the article states that the claimant is expected to avoid an aggravation of its loss which is not quite the same as imposing an obligation on them to minimise their loss. The degree of the claimant’s obligation would therefore be lesser than under common law, where the claimant is required to reduce its loss if reasonably possible.

To conclude, the Court of Cassation’s present position is that no duty to mitigate exists in French law.  However, critics of this stance seem to have been listened to and the duty to mitigate should soon make its first appearance in the Civil Code as a result of the actions of Parliament, albeit with a more limited scope than under common law. Despite these restrictions, the changes in general are certainly a welcome development in clarifying and limiting the scope of shipowners’ liabilities under French Law.

[1] Strictly speaking, the claimant does not have a positive duty to mitigate its losses; however it cannot recover damages for any losses that could have been mitigated.

[14] See for example Cass. civ. 1ere, 15 January 2015, No 13-21180 where a patient left the hospital against medical advice and refused to be treated for a nosocomial disease. The quantum of the damages owed to the patient could not be reduced in this case.