The Shipowners’ Club, the leading mutual P&I insurer in the smaller and specialist vessel sector, has reported resilient results for the year ending 31 December 2018.

The Club has reported a combined ratio of 104.2%, an increase in Member and vessel numbers, an uplift in gross tonnage to 27.3m and an overall deficit of US$ 37.9m, including an investment portfolio loss of US$ 29.7m. 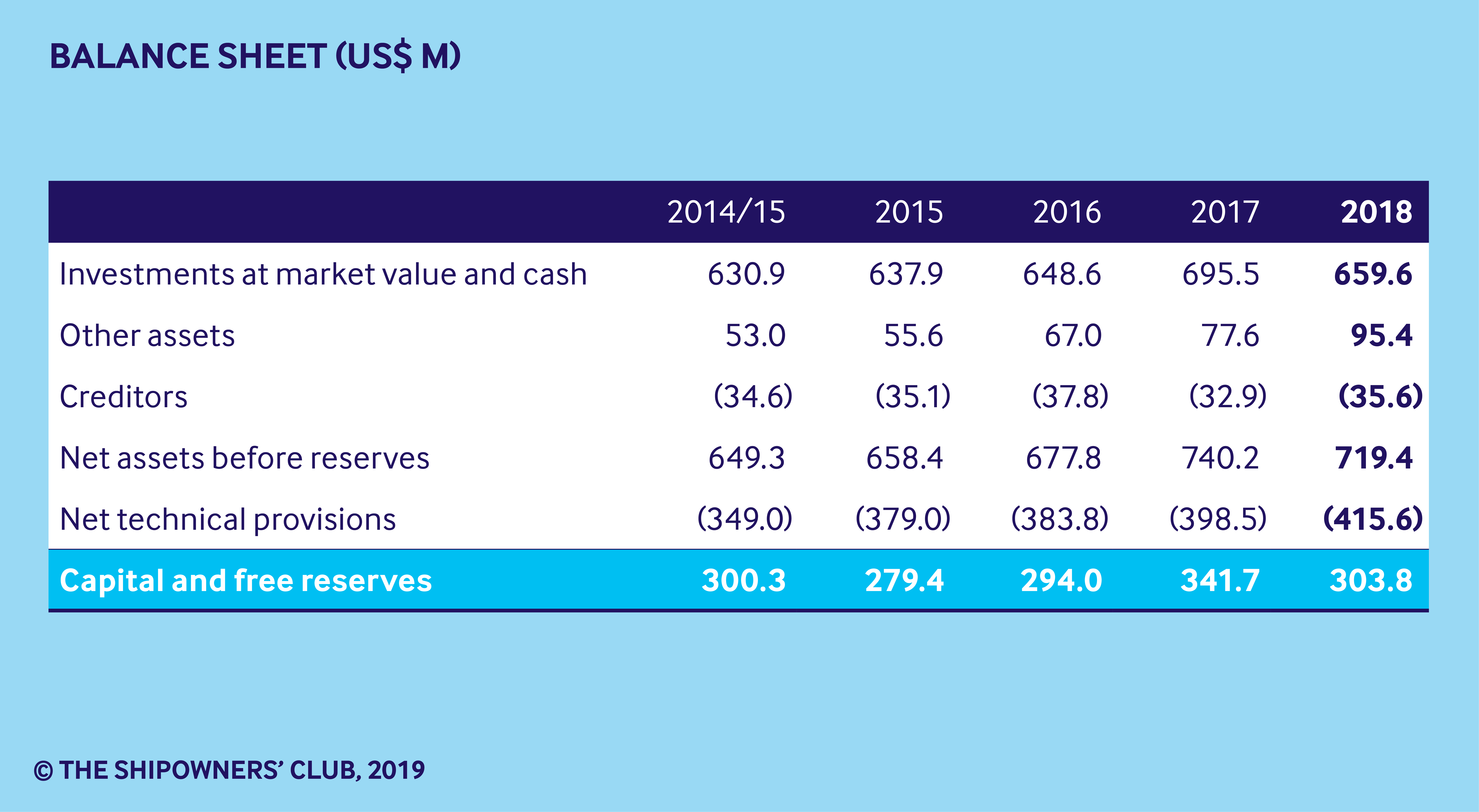 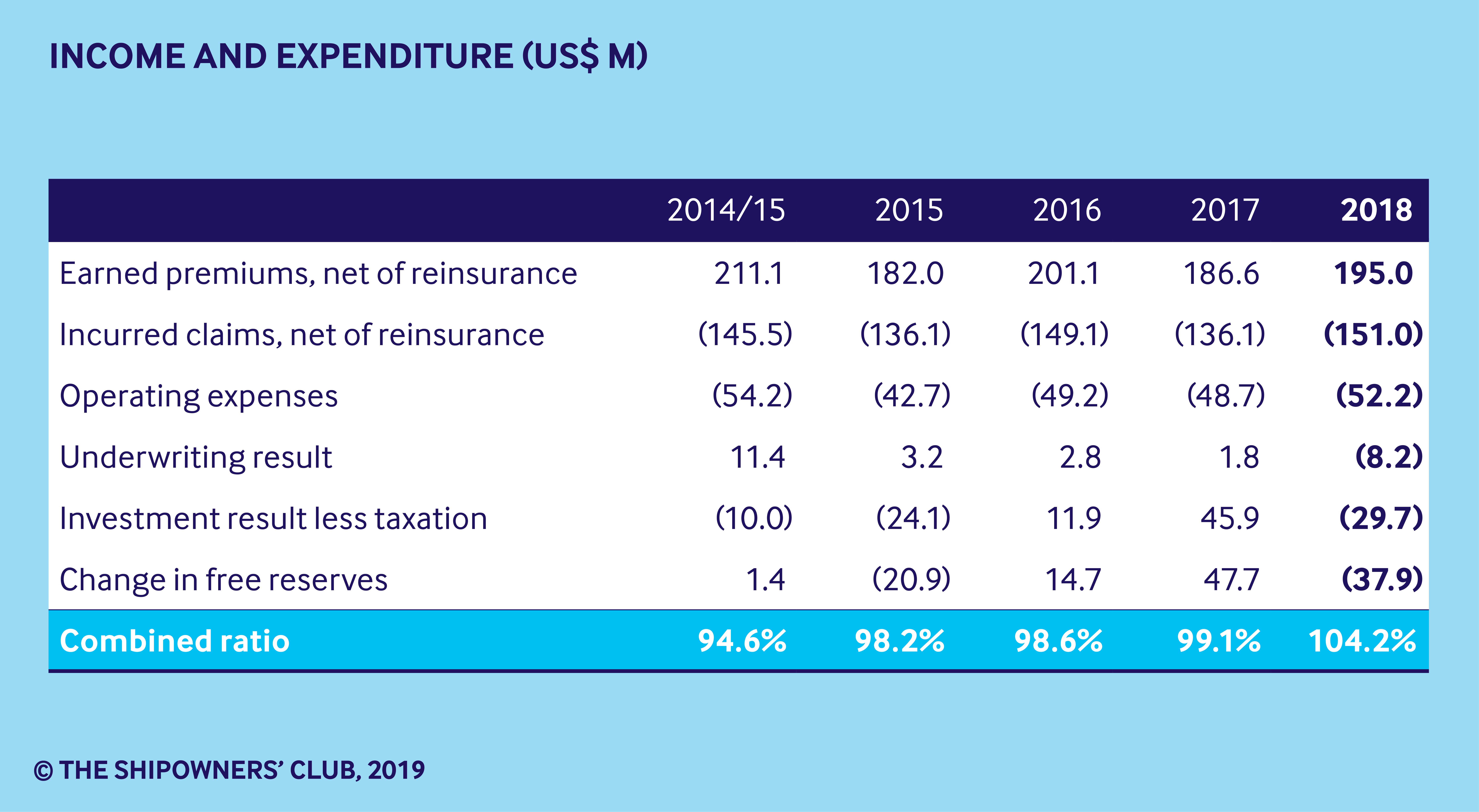 Having reported reductions in annual premium income in each of our Annual Reports since 2015, we are pleased to announce that this year growth in income has returned as a result of increased Member and vessel numbers. The challenges we have faced have not entirely vanished, but we believe that 2018 will prove to have been a turning point for the P&I market generally, even if not for certain sectors of our Membership.

As we reported last year, we anticipated this climate and chose to budget for a small deficit on our underwriting and with the Club’s strong capital position it means that the Club has been able to continue to support its Members, through, for example, not seeking general increases to premium levels for the 5th year in a row.

When compared to 2017, the 2018 cost of claims experience has been negative, with a total cost of claims net of reinsurance for the year of US$ 151.0m (2016: US$ 136.1m). Whilst the Club has seen a 7% reduction in claims notification frequency it has also seen a 20% increase in the incurred value of claims. The Club’s share of International Group pool claims has been broadly consistent, year on year.

Operating expenses amounted to US$ 52.2m (2017: US$ 48.7m), which represents a 7% increase in the year. This increase is a result of increased acquisition costs incurred from Members’ brokers as well as increased costs of running the Club.

The Club’s investments (net of tax) returned an overall deficit in the year of US$ 29.7m, which put a large dent in the very successful 2017 gain on investments of US$ 45.9m. We find ourselves trying to negotiate our way through extremely volatile financial markets. Low risk fixed income investments are barely making money and equity markets have recorded swings of 20% plus, even in developed markets. However, markets being as they are, at the time of writing this report in March 2019, we have witnessed an upturn that has improved the value of the portfolio to the extent that we have substantially recovered the investment loss recorded in our 2018 financial statements. 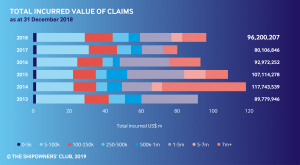 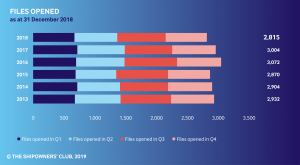 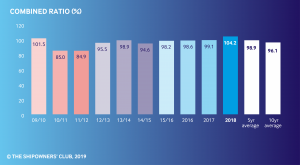 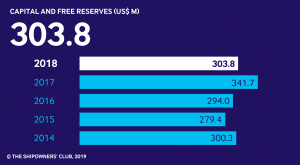