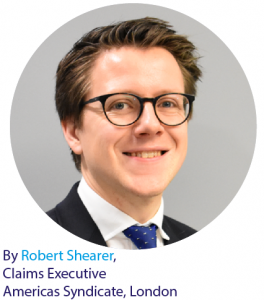 The recent Admiralty Court decision of Alize 1954 v Allianz Elementar Versicherungs AG (The CMA CGM LIBRA) [2019] EWHC 481 (Admlty) (8 March 2019) provides ship owners with a further warning with regards to their duties in relation to seaworthiness and further strengthens the position of cargo interests.

On 17 May 2011 the CMA CGM LIBRA, a modern container vessel, grounded whilst leaving the port of Xiamen in China. The vessel had left a buoyed fairway, and subsequently ran aground on an uncharted shallow area. While uncharted, recent notices to mariners had warned that many of the depths noted on charts were in fact much shallower than recorded.

While the passage plan had not referenced the vessel leaving the fairway; it also had not made any reference to the warnings concerning depths being less than shown on charts. No areas in the passage plan were marked as “no go” areas.

Owners declared general average (GA); 92% of the cargo interests paid their contribution but 8% refused to do so.

Owners brought a claim for the outstanding GA. In response the remaining cargo interests submitted there was an actionable fault that prevented owners from making a successful claim (a breach of Article III rule 1 of The Hague Rules).

The case was heard in the Admiralty Court before the Admiralty Judge, Mr Justice Teare, who found for cargo interests on the following basis:

The decision in this case does not represent a change in the law; but it does serve as a useful reminder to vessel owners of their onerous and non-delegable duties in relation to seaworthiness.

Following the McFadden test, a non-exhaustive list of examples of unseaworthiness includes:

1. Physical defects of the vessel. Including:

2. A failure to have proper navigational documents. Including:

The above is just a sample of the many issues that may render a vessel unseaworthy.

However, whenever an owner/operator puts a vessel to sea, they must remember the duty is on them to ensure they exercise due diligence with regards to the safety of the crew, vessel, cargo and environment. Due to the non-delegable nature of this duty, an owner should also ensure that seaworthiness is at the forefront of their servants’, agents’ and crews’ minds at the commencement of any voyage.