The Shipowners’ Club > LCC > Shev Algama: Limitation of liability for marinas – the importance of having a well thought out mooring plan
View pdf   Download pdf 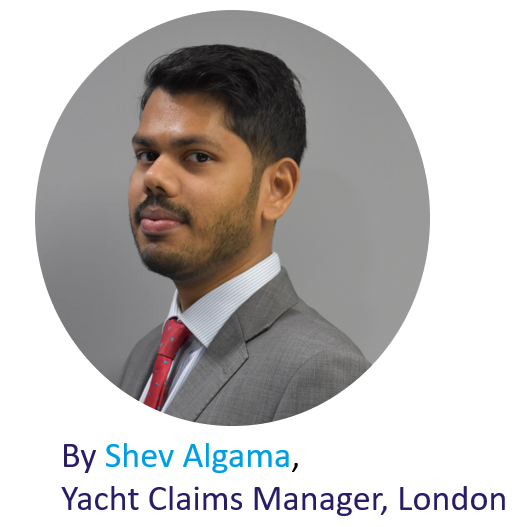 On Friday 2 March 2018, Storm Emma hit Holyhead Marina in Anglesey, Wales with near-hurricane force winds. In the aftermath of the storm 89 vessels (including yachts, leisure crafts, house boats and commercial vessels) were lost, in addition to multiple pieces of machinery and a RNLI mooring pen. The destruction of the marina also caused significant pollution with 3,000 litres of oil and 40 tonnes of polystyrene debris being recovered along the Anglesey coastline.

The primary dispute revolved around whether a marina could be classed as a “dock” for the purposes of limitation under the Act. The Act defines a “dock” as “wet docks and basins, tidal docks and basins, locks, cuts, entrances, dry docks, graving docks, gridirons, slips, quays, wharves, piers, stages, landing places and jetties”. Holyhead Marina was an open construction, made up of floating pontoons anchored to the seabed, and therefore there was a dispute as to whether this fell under the Act.

There was also a secondary dispute regarding the area of the harbour to be used in the limitation calculation. The Act calls for limitation of liability to be calculated with reference to the largest UK ship which last called in the relevant area up to 5 years preceding the incident. Holyhead Marina argued that the area should be limited to the marina alone, as this was the only area they had direct control over. Should this be held, the limitation figure would be SDR 500,000. The parties that suffered various losses argued that the area should incorporate the entire harbour. If this were held, the limitation figure would exceed £5,000,000, as the harbour was used by large ferries that travelled between the UK and Ireland.

Given the disputes were based on the principle of Section 191 of the Act, Teare J was asked to rule on these points specifically. On the first point, he ruled that the marina could fall under Section 191. The pontoons formed the marina and the main platform where the owners of smaller vessels would step out onto having returned from sea and was thus deemed a “landing place”, which falls under the definition of a “dock” under the Act. Teare J noted that the marina was not a suitable landing place for larger commercial vessels, but the Act had no requirement for it to be so. The fact that it could be used as a landing place for smaller pleasure crafts was sufficient.

On the second point, Teare J ruled that the relevant area should be limited to the marina and should not incorporate the entire harbour. Holyhead Marina had control over the marina itself but not the entire harbour, and given the same, it was reasonably clear that the lower limitation amount should apply.

Whilst some of the impact is unique to these specific set of facts, owners can draw some inference from this decision. Marinas in England and Wales can limit their liability under Section 191 of the Merchant Shipping Act, unless they are guilty of gross negligence or wilful misconduct, a notoriously high threshold to breach. This will particularly impact owners of yachts and small pleasure crafts, that are usually tightly packed together in marinas. It will certainly be beneficial for captains to have well thought out mooring plans, with less reliance on the marina’s ropes and equipment. When mooring in marinas, owners should always bear the potentially low limit of the marina’s liability in mind.