The Shipowners’ Club > LCC > Georgia Maltezou: What is the right measure of damages when charterers walk away from a voyage charter?
View pdf   Download pdf 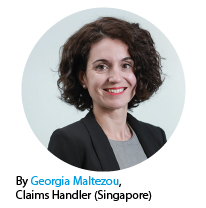 It was the historic case of Smith v M’Guire (1858) 3 H & N 554 that established the prima facie for the measure of damages that can be recovered by a shipowner in case of repudiation of a voyage charterparty by a charterer. In the Smith v M’Guire case, the damages were calculated on the basis of the usual compensatory principle intended to financially reimburse the innocent party for the repudiatory breach. Specifically, the owners were able to recover, as damages, the amount of freight which the ship would have earned if the charterparty had been performed, less operational expenses, as well as what the ship earned over the period she was performing the voyage. This long established rule has been reviewed by the English Courts in MTM Hong Kong (2015) EWHC 2505 (Comm)1 (MTM Hong Kong), following an appeal of an arbitration award.

The vessel MTM Hong Kong commenced her ballast voyage to South America on 19 January 2011 in accordance with the voyage charterparty. Two days later, whilst en route, the charterparty was terminated by the charterers via a wrongful termination which was accepted by the owners. The vessel continued to sail towards South America as the owners intended to find a substitute fixture for their vessel to help mitigate their losses . The vessel arrived in Uruguay on 2 February 2011 where, rather unexpectedly, the vessel was left to wait for three weeks later before a fixture from Argentina to the Netherlands with a cargo of sunflower oil and soya methyl ester was secured.

The substitute fixture was completed on 12 April 2011, almost a month later than the initially agreed voyage charter which, had it been performed, would have been completed on 17 March 2011. The vessel would have then subsequently carried a cargo of urea ammonium nitrate from the Baltic to the United States, followed by a chemical cargo from the United States to Europe, completing this run of fixtures by approximately the same date as the completion of discharge under the substitute fixture. Furthermore, the North Atlantic chemical trade between Europe and the United States commanded higher freight rates than the vegoil cargo.

The owners claimed damages not only for the profit which the vessel would have earned under the original voyage, but also for the two subsequent voyages (Baltic to United States and United States to Europe), minus the profits earned on the substitute voyage from Argentina to the Netherlands.

The charterers challenged the owners’ claim for damages, disputing the method of calculation used. The charterers argued that they should not be held accountable for the losses incurred from the substitute fixture terminating almost a month after the original voyage would have terminated.

The Tribunal accepted the owners’ case and the charterers appealed under s.69 of the Arbitration Act 1996. In their appeal, the charterers applied the Smith v M’Guire principle and contended that the right approach to the calculation of damages would be to apportion the earnings under the substitute charter so as to reflect the amount earned up to the date on which performance of the original voyage charter between the parties would have been completed.

The Judge held that the principle on calculating damages remains the usual basic compensatory principle, and a deviation from the Smith v M’Guire prima facie measure may be required in order to give full effect to it. The Judge proposed that the facts and circumstances of each case ought to be examined on a case by case basis, specifically identifying whether the owners suffered a loss of profit different from the principle set in Smith v M’Guire case. There is no reason for this different type of loss of profit not to be recoverable in damages, subject to the principles of causation, mitigation and remoteness. The Judge noted the following:

“Cargoes typically shipped from one location may command higher rates of freight than cargoes shipped from another location. Such differences may exist permanently or only in particular market conditions. These are important commercial considerations which the law of damages needs to recognise. The package of rights for which an owner contracts when concluding a voyage charter includes not only the freight to be earned from performance of that charter but also the right to have his vessel back again and ready for her next employment at the stipulated discharge port or range. The Smith v M’Guire measure of damages compensates the owner for loss of the freight but does not address any loss which may be suffered if the vessel is less advantageously positioned as a result of the charterer’s repudiation”.

The charterers’ breach resulted in the owners’ loss of the higher freight, as well as a further loss of earnings due to the completion date of substitute fixture disabling the owner from carrying out two subsequent voyages to the U.S.. These were two separate heads of loss and both, a direct consequence of the charterers’ breach. The owners’ calculations for damages were found to be in order by the Judge and it was held that they should be able to recover damages for both heads of loss in full. Nonetheless, the Judge underlined that each case shall call upon its own facts, as damages claimed for loss of employment after the date a voyage would have concluded may not always succeed. Time will tell.