The Shipowners’ Club > LCC > Yap Yin Soon: “Subject to review” clauses – Is there an intention to be immediately bound?
View pdf   Download pdf 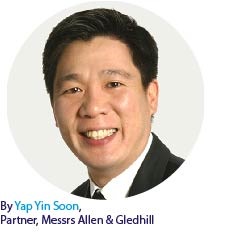 A recent case in Singapore proved that Members contracting in the jurisdiction should be wary of “subject to review” clauses. Such wording is frequently used in fixture proposals to indicate that the parties have not yet agreed to an enforceable contract. However, the recent case of Toptip v Mercuria[1] highlights that the mere use of such phrases may not be sufficient to avoid the contract coming into force.

In ascertaining the intention of parties, the Singapore Courts will consider the wider factual context, such as the conduct of and correspondence between the parties. They may determine that a binding contract exists even in the face of terminology to the contrary; substance takes precedence over form.

The fact of the case

On 10 October 2014, Toptip sold a cargo or iron ore to a customer and wished to charter a ship to deliver it. They used a broker (‘Mr Shu’), to arrange a charter with Mercuria.

On 13 October 2014, Toptip (through Mr Shu) sent an enquiry setting out its requirements. The enquiry suggested the charterparty be based on a common proforma wording in use in the trade.

The following day, Mercuria responded that “Mercuria would like to offer firm bss following terms …” (the ‘Bid’). This language was agreed to mean an offer of terms on a ‘firm basis’. The Bid essentially mirrored the terms of the enquiry but stated: “OTHERWISE SUB REVIEW OF CHTRS PFMA CP WITH LOGICAL AMENDMENT”. This was accepted to mean subject to review of charterers proforma charterparty, with logical amendments.

Toptip replied through their broker “We confirm the acceptance of your offer.” On 24 October 2014 Toptip sent a draft copy of their standard charterparty wording, with amendments to reflect the Bid terms, to Mercuria. Five days later Mercuria replied to stating that “Owrs cannot accept chtrs cp after review, so subject failed on cp review”.

A key issue before the Court was whether a binding contract already existed, such that Mercuria could be found to be in repudiatory breach of the same by failing to proceed with the charterparty.

The High Court in Singapore originally found that no binding contract existed at this stage. However, this judgment was overturned last year by the Singapore Court of Appeal (the ‘CA’). On an objective analysis of the facts, the CA found that, notwithstanding the “subject review” clause, the Bid was a complete and certain offer which immediately became a binding contract, upon Toptip’s acceptance. The CA’s main reasons were as follows:

Ultimately, each case will turn on its own facts, and this judgment will be seen by many as quite fact dependent. Nevertheless, it serves as a reminder that if Members do not wish to be immediately bound in their Singapore-based c/p negotiations, they should incorporate specific language to this effect in any correspondence. Furthermore, all their conduct and correspondence should be clear and consistent with the position that no binding contract exists.